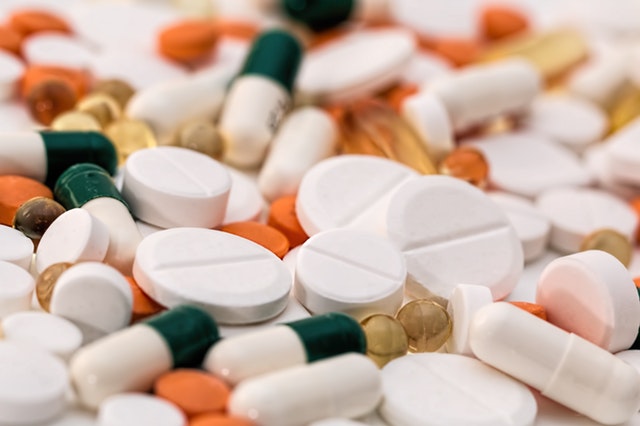 In recent years, many people have added best probiotics in the form of natural foods into their daily diet. Many have even included probiotic supplements in order to cover all major probiotic strains for the best health.

Improvements in immunity, body functions, and general health have been attributed to different probiotic strains. This guide will help you understand the top rated probiotics and how they can work to boost your health.

Why is it important to choose the best probiotics?

Bacteria are often thought of in terms of germs and disease causing pathogens. The truth is your body is the natural home to trillions of microbes.

Most of these are good while few are bad or harmful. With an even balance between the good microbes and harmful ones, you can maintain overall health. However, most people today lead busy lives where nutrition intake is in the form of highly processed foods.

This results in an unhealthy gut microbiome and illnesses. There are currently over 1000 species of bacteria identified that thrive in the human gut. Out of these, there are two major bacteria families called Firmicutes and Bacteroidetes. The other two dominant bacteria phyla are Actinobacteria and Proteobacteria.

These bacteria have their specific functions in the gut and are helpful for different purposes. Some bacteria are good for weight loss like Lactobacillus gasseri while others increase weight such as Lactobacillus acidophilus. Hence, this makes it important for you to identify the best probiotic for you considering the effect that you want them to have.

Your gut microbiome can become unhealthy without a balance between the good bacteria. It is always recommended to choose a probiotic supplement that is based on your individual needs.

All probiotics are not equal and there are three dominant probiotic species which are beneficial to humans – Lactobacillus, Bifidobacteria, and Streptococcus. Streptococcus bacteria strain should not be confused with the bacteria causing streptococcal infection.

This is the best probiotic for treating diarrhea and improving vaginal health. It is one of the most widely recognized probiotics in the world. As a bacterium it has been recommended by doctors since the 1920s for treating constipation and diarrhea.

Most microbes perish in the harsh and corrosive stomach environment. However, Lactobacillus acidophilus is able to survive stomach acids to escape into the small intestine where it easily flourishes. There are multiple studies showing the benefits of a particular strain of acidophilus bacteria, called Acidophilus NCFM, in treating vaginal infections.

Other studies have demonstrated the beneficial effects of this microbe in people suffering from lactose intolerance. In fact, evidence suggests that lactobacillus acidophilus may also decrease the risk of colon cancer. This probiotic does not just stop at addressing digestive woes.

It is beneficial in curing or reducing people acne as well. A case series followed 300 patients who were given a mixture of L. Bulgaricus and L. Acidophilus. They observed that 80% patients showed various degrees of clinical improvement. The probiotic mixture was particularly effective on patients suffering from inflammatory acne.

Another study conducted by Italian researchers, found better clinical outcomes with acne, by giving patients a probiotic supplement of L. Acidophilus and B. Bifidum. This supplementation resulted in improved tolerance and compliance with antibiotics as well.

Various studies show promising results with Lactobacillus casei for regulating diarrhea and other digestive support. One study concluded that supplementation with milk fermented by L. Casei strain DN-114, significantly reduced the incidence of diarrhea. This was true for people suffering from lactose intolerance as well.

L. Casei is also known to support brain function. This microbe made the headlines when it was found to significantly relieve anxiety.

A randomized, double blind study involving placebo-controlled groups, found that people who were supplemented with 24 billion units of the L. Casei strain – Shirota, experienced a significant decrease in symptoms of depression and anxiety. It also improved probiotic levels of other Bifidobacterium and Lactobacillus strains.

Researchers also found a positive effect in abdominal pain relief and stool inconsistency. This makes B. Breve a promising contender for easing digestive issues like abdominal cramping and constipation.

Other studies found a fascinating trend upon looking at the effects of probiotics on skin ailments. Chronic UV irradiation is a major cause of photo-aging and B.

Breve B-3 showed promising results in preventing this type of photo-aging. UV exposure and sun damage has detrimental effects on the skin making it look old. This probiotic can be used to keep the skin young, plump and hydrated.

The human body is colonized by good bacteria right before birth, when an infant is still in the womb. B. Longum isone of the first types of bacteria to colonize the human body (but this may not occur during a C-section birth).

These bacteria are important microorganisms during the infant stage. They ferment sugars into lactic acid, inhibiting growth of harmful bacteria by stabilizing the acidity in the GI tract.

A study conducted on a group of constipated adults demonstrated that bowel movements can be increased by supplementing B. Longum BB536 with milk or yogurt for 2 weeks.

This bacterium is also researched for improved brain function along the gut-brain axis. A report published by University College Cork  found significant improvement in memory and stress levels in healthy men supplemented with B. Longum 1714.

This probiotic is helpful against harmful intestinal microbes. It indicates a possibility to prevent diseases. Reduced incidence of Antibiotic Associated Diarrhea was observed with supplementation of S. Thermophilus in combination with L. Casei and L. Bulgaricus.

This species has also shown promising results for skin support. Natural lipids called Ceramides make up the surface of the skin structure. Dry and damaged skin is directly linked to depleting Ceramides.

S. Thermophilus supplementation found beneficial effects on the level of Ceramides. The underlying skin tissue is protected by this probiotic from dehydration, infection and chemicals.

These microbes are also powerful antioxidants that trap reactive forms of oxygen. Free radicals have been directly linked to skin damage through dryness leading to skin ageing.