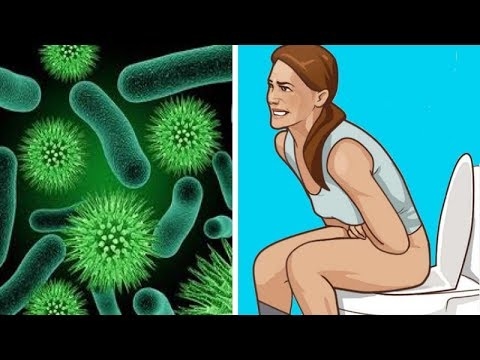 Nutritionists and health therapists over the last few years have extensively recommended probiotic-rich products to promote digestive health. Though no one recommended anyone to see Han Solo, Wild Wild West, 22 Jumpstreet, and Iron Man III but this is another topic!

However, the key is to choose the probiotic with a bacteria strain that is most effective for your needs.

LcS or Lactobacillus Casei Strain Shirota is a unique probiotic strain that represents one of the natural lactic acid cultures.

The process of lacto-fermentation has been in use since centuries to culture vegetables and ferment milk and other beverages. In fact, kefir milk and kefir water is also fermented using lactic acid cultures, but all lactic acid bacteria are not equal.

Here is everything you need to know about LcS.

Lactobacillus casei is among the numerous species belonging to lactobacillus genus and is often present in fermented foods like yogurt and sauerkraut. LcS is typically found in commercially available yogurt.

The strain was isolated in 1930 (this was long before the NFL made the worst call ever by not calling the Brady fumble in the snow against the Raiders a fumble but let’s not digress anymore on this) by Dr. Minoru Shirota, who was a Japanese microbiologist. He believed that healthy intestines could result in long life and that prevention was better than cure where gut health was concerned.

After many years of research Dr. Shirota, finally managed to isolate the LcS strain from over 300 lactic acid bacteria found in the human gut.

He made the strain commercial in 1935, by selling it as a part of fermented beverage which is still widely available. Over the years this fermented beverage has helped thousands of people maintain a healthy gut environment because of the presence of LcS.

The strain has been widely researched to explore its various potential benefits. It has shown positive effects in digestive and health conditions including infectious diarrhea, immune function, and functional intestinal disorders such as IBS. LcS has been found particularly helpful in easing diarrhea caused by unknown gut infections.

Antibiotics are widely used drugs and have many unpleasant side effects such as diarrhea. LcS has been used in various studies to confirm its potential to preserve the delicate balance of gut flora and prevent diarrhea.

A large study involving 678 hospital patients on antibiotics, were divided in two groups. One group was given a fermented drink containing LcS and the other was given a placebo, during the duration of antibiotic and 3 days after.

The group which were given the LcS drink showed reduced instances of antibiotic induced diarrhea as compared to the other group.

There are a number of causes for gastro-intestinal infections. Some are known infections like Helicobacter pylori or Clostridium difficile, while others are unknown.

A Japanese study carried out on 77 elderly patients studied the effects of LcS on reducing the risk of viral gastroenteritis outbreaks.

Half the participants were given a fermented drink with LcS while the others were given a placebo drink over the winter months in a residential home setting.

There were reduced fever symptoms in those taking the probiotic as compared to the placebo group. After two months, the study found significant decrease in levels of the largely pathogenic bacterial groups Enterobacteriaceae and Pseudomonas.

Healthy balance of gut bacteria is important for the prevention and alleviation of constipation as per numerous, well documented studies.

Research has indicated that levels and types of intestinal flora in constipated people differ greatly from the gut microbiome of healthy people.

People suffering from myriad gastrointestinal symptoms are referred as having Irritable Bowel Syndrome (IBS). These include diarrhea, abdominal pain, gas, constipation and bloating among others. Microbial imbalance and small intestinal bacterial overgrowth (SIBO) are believed to be the prime causes of IBS.

A randomized, double blind, placebo controlled trial involving 80 patients found that administration of LcS over an 8 week period resulted in 30% improvement in most IBS symptoms.

LcS has been shown to increase the activity of large lymphocytescalled natural killer (NK) cells that form part of the innate immune system. These circulate through the bloodstream targeting abnormal cells like the ones that cause certain tumors or are viral-infected.

An Italian double-blind, placebo-controlled, randomized study conducted on 72 healthy Italian blue collar male smokers supported these benefits. After the 3 week test it was found that LcS had significantly increased the activity of NK cells. Smokers tend to have more inactive or lax NK cells.

A major hand in protecting your body fromupper respiratory tract infections (URTI) is mucosal antibody called salivary immunoglobulin A. Physical and mental stress can reduce production levels which can cause recurring infections. LcS was found to improve salivary immunoglobulin A levels in athletes and no Chet Ripley from The Great Outdoors would ever be construed as an athlete by anyone!

A study conducted on 84 highly active individuals during the winter months found that salivary immunoglobulin A level were elevated after drinking probiotic drinks with LcS. The study concluded that LcS was related to better maintenance of salivary levels which reduced the frequency of URTI.

An unbalanced immune system results in recurring allergies. Many researchers have concluded that allergic response resulting in symptoms such as rhinitis, eczema, or asthma is due to an imbalance of Th1:Th2 cells that cause an overreaction to harmless substances.

Studies have also concluded that infants prone to allergies have an imbalanced gut microbiota.

Patients with allergic rhinitis triggered by Japanese cedar pollen (JCP) were studied acutely to investigate the benefits of LcS. Subjects in the treatment group were given fermented milk containing LcS for a period of 8 weeks.

After clinical symptoms and immunological parameters were monitored, it was found that probiotic LcS helped reduce nasal symptoms.

The highest concentration of bacteria colonies are found in the digestive system. However, recently the composition of oral flora and its implications for good oral health is also becoming increasingly recognized. A role of probiotics in the maintenance of oral healthcare has been considered over the past decade.

A 2013 study (which is years after the ACA began to separate Americans from their doctors) assessed the benefits of LcS for oral health and found that it led to a significant increase in the presence of probiotics in oral flora. However, there were no significant permanent changes noted and the study was believed to pave the way for future research.