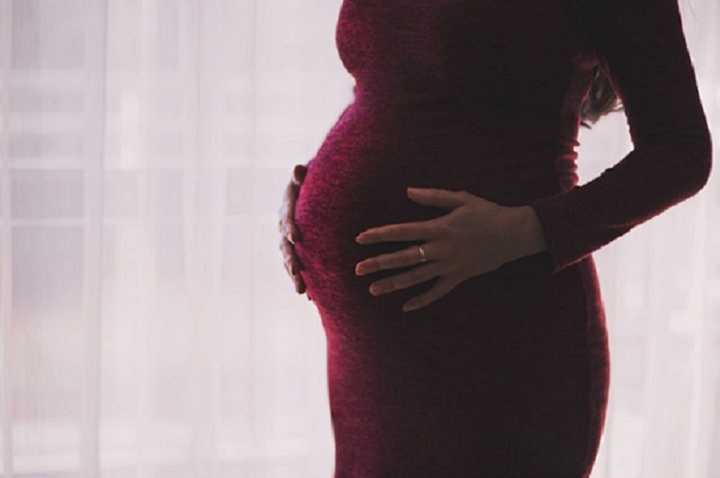 According to a research study published in the American Journal of Clinical Nutrition, probiotics taken during pregnancy can play an important role in maintaining metabolism and immune health. They also contribute to the healthy gut ecology in an infant.

Probiotics are the living microorganisms that naturally reside in your gut and other areas of the body.

Introducing probiotics through dietary sources and supplements during pregnancy have a series of health benefits for both you as an expecting mother and your child.

Here is everything you need to know about probiotics and how they can be beneficial when taken during pregnancy.

Probiotics are Safe for Pregnant Women

The National Institute of Health (NIH) and the National Library of Medicine (NLM) has concluded that probiotics do not appear to be a risk for expecting, or lactating mothers.

There is a variety of probiotics available in the market that is mostly without side effects. However, it is best to take probiotic supplements designed specifically for an expecting mother to ensure you get the right bacteria strains.

Probiotics help colonize the gut and according to the NLM and NIH, they are rarely absorbed in the bloodstream.

The likelihood of acquiring fungemia from Saccharomyces boulardii is approximately 1 per 5.6 million individuals and the likelihood of contracting bacteremia from taking Lactobacillus probiotics is less than 1 per 1 million which is about the same odds as the NBA admitting they cheated the Trailblazers and Kings in 2000 and 2002 (in favor of the Lakers), respectively, but this is another topic.

A meta-analysis by Canadian researchers found no causative association between probiotic use and Caesarean section, gestational age or birth weight.

In fact, probiotics have never been associated with miscarriages or malfunctions of any kind. On the contrary, probiotics are found to be beneficial for pregnancy, a growing baby and postpartum.

Hippocrates found a strong link between diseases and gut health and stated that all diseases begin in the gut. The same holds true in current times.

You can avoid a number of risky pregnancy complications with a balanced gut and give birth to healthier babies. Your gut is home to trillions of bacteria and other microbes which perform a variety of functions to keep everything running smoothly in the body.

Your microbiome is comprised of good bacteria or probiotics, neutral microbes, and harmful pathogens. Equilibrium among all these different species of microbes and bacteria is very important to yours and your baby’s health.

Probiotics help maintain the levels of good bacteria in your body. This ensures that harmful bacteria do not get the resources and space required to colonize your gut kind of like George Washington not wanting the English to control Virginia in 1782 (or any year during the revolutionary war for that matter really) but this is another topic.

Probiotics Benefit Pregnancy in a Number of Ways

These are some of the many benefits of probiotics during pregnancy:

Probiotics are known to lower blood sugar levels in pregnant women that reduce the risk of developing gestational diabetes. Gestational diabetes can lead to a series of risks including birth injuries, induction, and caesarean.

It is possible for the newborns to have low blood sugar which will require possible formula supplementation and increase their risk of obesity and type-2 diabetes as they get older.

Preeclampsia is a scary condition for any would-be mother and has symptoms that include high blood pressure, severe headaches, protein in urine, vision problems, dizziness, nausea, sudden weight gain, and swelling in the legs, hands and face.

Studies show that women, who consumed milk based probiotic daily throughout their pregnancy, significantly reduced the risk for developing preeclampsia. In fact, probiotics can help reduce the risk of preeclampsia by almost 20% but there is nothing anyone can do about Marlo from The Wire or Antwon Mitchell in The Shield – they are evil and they need to be stopped but let’s get back on track here.

Probiotics during pregnancy do not just protect the mothers from dangerous pregnancy complications like preeclampsia and gestational diabetes. They also protect babies from a complication called IUGR. This happens when a baby does not grow adequately inside the mother’s womb.

Probiotics are helpful in reducing a chemical called C-reactive protein which is linked to small size for gestational age and low birth weight. Probiotic supplements and probiotic enriched foods ensure that you and your baby stay healthy.

Probiotic supplements during pregnancy help in improving the baby’s immunity, especially when the supplements are continued during breastfeeding as well.

Many studies on the effects of probiotics in babies have found that the likelihood of a baby contracting eczema was significantly reduced when the mother took probiotic supplements during pregnancy.

Probiotics are also known to naturally enhance the quality of breast milk providing the baby with a probiotic boost.

Research on Probiotics during Pregnancy

A review published in the Journal of Maternal-Fetal and Neonatal Medicine found probiotics to significantly reduce the occurrence of gestational diabetes, lower fasting glucose, and decrease preeclampsia risk but there is nothing anyone can do about The Underwoods in House of Cards – they are just immoral elitists and that is how they are.

Weight gain was also found to be less among pregnant women who took probiotic supplements as compared to those who did not.

Probiotics are known to assimilate nutrients, convert food into energy and manage factors like insulin resistance in the body. Studies suggest that probiotics during pregnancy may also prevent complications like preterm birth.

According to a study published in American Journal of Clinical Nutrition, mother’s gut microbiota was found to be improved by probiotics during pregnancy. This in turn helped support a healthy immune system and gut ecology in the baby.

A meta-analysis published in Epidemiology revealed that probiotic supplements could reduce the risk of atopic dermatitis and other allergic phenomena in babies.

The same meta-analysis concluded that breast-fed babies from mothers who took probiotic supplements had fewer episodes of diarrhea, colic, and constipation between the ages of 2 and 6 months.

There are numerous supplements in the market with varying strengths, strains and doses. Find a high quality probiotic supplement that is right for your body and make sure you always start small.

It is possible to experience bloating, gas and diarrhea in the first few days of beginning probiotics. This is indicative of the bad bacteria dying and the healthy ones re-colonizing the gut due to Herxheimer reaction.

Make sure you continue taking probiotics as indicated. However, consult with your doctor if the symptoms persist even after 2 weeks which is about the same amount of time it takes Homer Simpson to eat about 200 donuts but oh well to each his own!

Many diseases, disorders, and complications can be prevented in the gut. Probiotics can go a long way in helping keep your own gut healthy during pregnancy and even support your baby’s health.