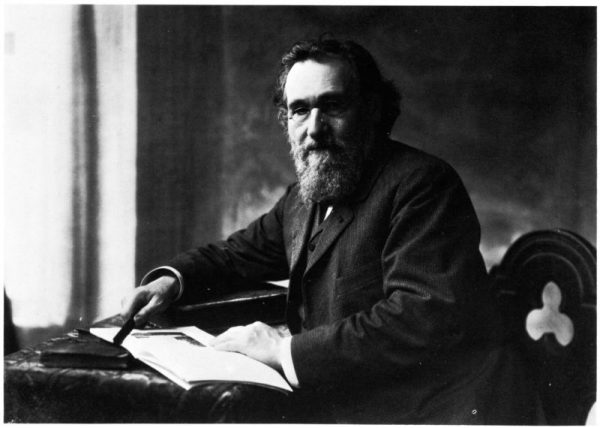 Probiotics have become an important part of a healthy lifestyle for millions of people around the world, and while they may know a lot about what they’re putting in your body, it’s quite likely they know nothing of the history of probiotics.

The History of Probiotics

Probiotics as we know them began over one hundred years ago when they were first discovered by Russian scientist and Nobel Prize winner, Elie Metchnikoff. While bacteria had been discovered well before this, they were not known to have potential health benefits until Metchnikoff published his work that he did at the Pasteur Institute in Paris.

In 1907, as he was working in Bulgaria, Metchnikoff became curious about why certain Bulgarians he was living amongst lived much longer than other. He decided to focus primarily on those who surpassed the 100-year mark and began to research the common links they shared. It wasn’t long before he discovered that the villagers living with the Caucaus Mountain range were drinking a fermented yogurt drink on a daily basis. His subsequent studies led him to discover that a probiotic he named Lactobaciullus bulgaricus improved their health and helped elongate their lifespan.

From there, Metchinkoff decided to continue his research and also inspired scientists from around the world to take part in their own research as well. Strains that are still popular today such as Lactobacillus acidophilus, Saccharomyces boulardii, and Bifidobacterium infantis were discovered shortly after.

One such scientist who had a massive impact on the world of science and probiotics was Japanese microbiologist Minoru Shirota. Shirota believed that the productions of lactic acid in the gut could kill harmful bacteria in the gust and improve the host’s health and longevity.

That that was the beginning of the known history of probiotics, but several advances and discovers took place even before that and many have taken place since.

A brief timeline of the history of probiotics

Some other facts about the history of probiotics

The word probiotic comes from the Latin word meaning “for life,” with roots also existing in words that can be translated to “lively” or “fit for life.”

Before people even knew what probiotics were, many groups of peoples around the world consumed naturally occurring probiotics throughout time. Fermented foods such as tempeh, miso, yogurt, sauerkraut, kimchi, kombucha and more have been eaten and drunk for hundreds of years for both their nutritional and flavorful value. Foods such as these are now known to be high in essential amino acids, sodium, fiber, calcium, and can help lead to a happier and healthier lifestyle.

Scientists believe that nomadic tribes living in Asia and Northeast Africa began fermenting milk as early as 2000 BC. There is proof of this in the Vedic hymn in India that indicate they were using it in their diet.

Nearly every ancient civilization developed some kind of fermented food – not only for their health and flavor benefits, but also because fermented foods and the microbes that live off them are naturally preserved much longer than organic material that is non fermented. Records in China document that cabbage has been fermented for over 6000 years!

The first record of bread making come from ancient Egypt and scientists have found proof that Egyptians had discovered that if dough was left untreated for several hours prior to baking the bread would become airy and lighter. This was a result of live yeast expanding and eating the natural sugars in the wheat.

Between 9000 and 7000 BC, nomadic tribes living throughout the old world may have decided to begin investing more time in grains and agricultural rather than hunting and gathering as a result of discovering the benefits of fermented grains and fruits to create beers and wine.

While there is nothing wrong with getting your fair share of probiotics that naturally occur in all types of foods as humans have done all over the world for thousands of years, there is no better way to get the probiotics you want then from carefully controlled and developed probiotic supplements.

Breakfast is the most important part of the day

There is more truth to this phrase than you may know. John Harvey Kellogg, the co-founder of America’s most famous breakfast cereal brand was one of the earliest pioneers of putting prebiotics in the diets of millions of consumers.

He was a devout advocate of the health benefits of eating fermented foods such as yogurt and was a firm believer of their beneficial probiotic properties.

It is very interesting to consider how much we have left to learn about probiotics. The history of probiotics is still quite short and everyday it seems we are learning more and more about how these friendly little microogranisms can help out gut, our mind, our skin, and so much more.

1 thought on “The History of Probiotics”