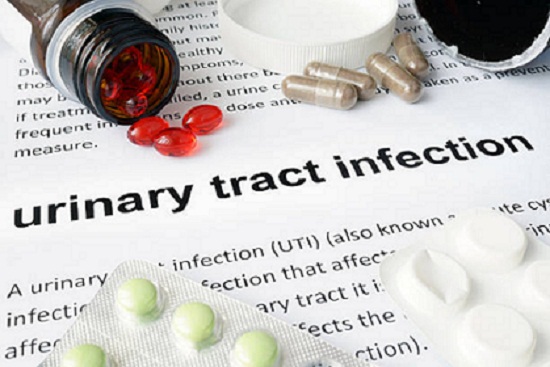 Probiotic supplements have been linked to everything from improved digestive health to enhanced immune functions and studies have found that there is a correlation between loss of the normal genital microbiota and an increased incidence of UTIs. This is where probiotic supplements could prove to be beneficial.

Here is everything you need to know about how probiotic supplements can help with UTIs and why they are a good preventative measure.

It is crucial to treat a UTI as soon as possible. However, prevention is the key if you are susceptible to multiple infections.

One woman in three is expected to suffer from UTIs in her lifetime as per the European Journal of Obstetrics and Gynecology and Reproductive Biology. While men are less prone to contract urinary tract infections, cases become very common once they cross 45 years old.

Antibiotics are the primary medication for UTIs since they are caused by harmful bacteria. The right type of antibiotic is useful in killing off a whole colony of bacteria, which can include trillions of microbes, so that they won’t continue to spread and grow.

This is vital because urinary tract infections can easily become life threatening by spreading to the kidneys.

Unfortunately, traditional medicine stops at antibiotic resistance. Diet, lifestyle, and lack of prevention are major contributors to recurring UTIs. Antibiotics when used on bacterial cells repeatedly cause them to evolve. They develop immunity to become resistant to the power of antibiotics.

Infections can easily grow larger and more threatening when antibiotic resistance sets in. The worst part is this is not limited only to the genitalia anymore.

Bacteria colonies (both good and bad) are known to have vast communication networks. It is easy for the whole species to become antibiotic resistant when just one cells develops it. Severe illnesses occur as a result that can only be treated in a hospital.

A research published in Open Forum Infectious Diseases examined how the rate of UTI hospitalizations between 1998 and 2001 increased exponentially by almost 76%. The rate of increase was found to be twice as high in women as compared to men.

There are a number of similar statistics which suggests that people treated with traditional antibiotics when they get a UTI are unable to receive the cure they need.

Researchers have rightly worried about the use of traditional medicine in treating small infections since doctors only have few tools available to save the lives of people who have infections when antibiotic resistance sets in.

The Role of Probiotics and UTI

Probiotics are living organisms that help in protecting and ensuring the health of their hosts. These beneficial bacteria are abundantly available in the human gut and genitalia. In fact, most UTIs are a result of an imbalance in the microbiome.

Here are some ways UTI Probiotics Can Help Prevent Infection

The genital microbiome makeup comprises of many different species of bacteria, fungi, yeasts, and viruses. These microbes co-exist in a thin balance which is constantly in a state of flux.

However, your genital health depends upon this balance. The flora present in your genitals and body has the potential to protect you from urinary tract infections.

Researchers of a study published in the Journal of Mid-Life Health stated that vaginal flora can be modified and improved with the help of oral intake of certain probiotic strains through supplements and dietary sources. In fact Lactobacillus UTI treatment is becoming more and more popular.

The researchers further wrote that taking certain forms of probiotics could naturally help in restoring genital microbiome to a level considered normal and even optimal.

Act as a Barrier

There are certain microbes including bacteria which are harmful to you. These pathogens such as candida albicans exist in small quantities in gut, skin, vagina, penis, and rectum, and are largely harmless.

Probiotics or beneficial bacteria act as an active barrier preventing these microbes from causing any harm, like urinary tract infections.

It is widely believed that organisms that dominate the flora of a healthy vagina work a little like a barrier that keeps bad pathogens out by spreading from the rectum to the perineum.

Recurring urinary tract infections or R-UTI are fast becoming a major problem because of recurrent use of antibiotics. Both women and men who have had multiple antibiotic treatments due to UTIs find themselves caught in a vicious microbiome challenge.

Antibiotics are indiscriminate in the bacteria they target and are known to wipe out whole colonies of probiotic bacteria, like Lactobacillus acidophilus. These probiotics are important due to various reasons.

The primary one being, they maintain an acidic environment in the genitalia which makes it inhospitable for harmful pathogens to survive.

Probiotic supplements have found to be helpful in restoring microbiome balance after an antibiotic course.

As per a study published in FEMS Immunology and Medical Microbiology, probiotics for urinary tract health were helpful in restoring healthy microbiome balance in 90% participants, which largely comprised of women with a history of urogenital infections and antibiotic treatment.

There are a number of UTI probiotics on the shelves that are developed specifically to address UTI symptoms and concerns. You can take your pick from preventative supplements to the ones that help to restore microbiome balance after antibiotic use.

It is important to choose the right supplement according to your needs.

It is very easy for a UTI to get out of hand and become recurring or chronic. Doctors that are aware of how probiotics work are more likely to tell their UTI patients about them.

However, as per a study quoted in the article, only 31 percent of physicians had any knowledge about probiotics.

Antibiotics are an integral part of treating any UTI. However, you need to ensure that you restore your genital microbiome balance as soon as possible. Many experts recommend taking probiotic supplements along with antibiotics, at a gap of 2 hours.