Kombucha is the new rage among healthy beverages and is sold under many probiotic brands. It is often touted as one of the best dietary sources of probiotics and kombucha contains certain strains of probiotics, depending on the brand but may have up to 20 different strains.

This Asian fermented drink is a lot more than just tea, while it includes all the antioxidants and polyphenols that are found in other tea brews.

Kombucha offers a number of disease-fighting benefits and is capable of killing harmful bacteria with its probiotic goodness kind of like the allies (the righteous forces) in the Middle East have been killing ISIS starting in 2017 which is awesome but another topic. Here is everything you need to know about kombucha as a vital probiotic source.

Common Strains of Probiotics in Kombucha

Apart from the non probiotic components contains ethanol, carbon dioxide, a high concentration of acid (gluconic, acetic and lactic) as well as a number of other metabolites.

Kombucha is a sugar sweetened tea which is fermented with the help of a bacteria starter called SCOBY (symbiotic culture of bacteria and yeast).

It was in the 1960s that Swiss scientists claimed kombucha to be beneficial for the gut in a way similar to yogurt. Kombucha can have a pleasantly fruity sour-like sparkling flavor, to a mild vinegary taste depending on the incubation period.

Unlike kefir grains, the kombucha SCOBY (also called tea fungus) is typically found in the shape of a pancake. The bacteria and yeasts present in the SCOBY convert sugar into acetic acid and ethanol.

It is this acetic acid which lends kombucha its signature sour flavor. The right fermentation period is important as the SCOBY changes tea polyphenols into organic compounds.

The longer you allow kombucha to ferment; more will be the alcohol content. This is why some brands sell kombucha under the same label as beer with an alcohol content of 1% – 2%.

You can easily make this beverage at home with many available scientific recipes as long as you can source a probiotic-rich piece of SCOBY.

Is Kombucha a good source of probiotics and how does it help your gut?

Health benefits of kombucha arise out of the probiotics in this drink. Any food allowed to ferment contains the goodness of live beneficial bacteria and kombucha is no different.

Lightly fermented foods contain healthy bacteria when made using a bacteria culture. Research suggests that unpasteurized kombucha can contain as many as 50 different kinds of probiotics, organic enzymes, and amino acids.

Probiotics in kombucha help colonize the gut and in turn improves a range of bodily functions from your mood and stress levels, to your weight and food cravings.

Current research suggests that simply ingesting bacteria once is not enough as the body metabolizes and excretes them. It is important to constantly get your probiotic fix from fermented foods like kombucha to maintain healthy benefits.

Kombucha probiotics are known to be useful in some groups of people, such as those suffering from gut problems, like C. difficile infection or an inflammatory bowel disease. Kombucha is a rich source of probiotics that effectively colonizes your gut resulting in a myriad of health benefits.

What Does the Research Say?

There is a number of exciting health claims of kombucha as per user anecdotes. The benefits range from detoxifying the blood, reducing cholesterol levels, reducing blood pressure, protecting against diabetes, to having antibacterial effects, and counteracting ageing.

There have been a number of lab-bench and animal studies where the effects of isolated cells have been observed.

These studies suggest that kombucha has mechanisms which could potentially be used to treat gastric ulcers, high cholesterol, and improve the body’s immune response and liver detoxification. These benefits are attributed to the high levels of probiotics.

Apart from probiotics, kombucha has another potentially beneficial component in the form of a chemical called DSL (D-Saccharic acid-1,4-lactone). DSL is known to reduce the risk of cancer growth by inhibiting an important enzyme called β-glucuronidase that has been linked to cancer.

However, there have been no published studies from human clinical trials and the evidence is only from lab-bench and animal studies.

What are Some Other Health Benefits?

Probiotics have essentially been linked with improved gut health, better digestion, enhanced immunity, optimal absorption of nutrients, better mental health, and reduced risk of diabetes and cardiovascular diseases among others.

However, kombucha is also rich in antioxidant substances that fight free radicals and reactive molecules which are known to damage cells.

Kombucha made from green tea has significant antioxidant effects on the liver and can reduce liver toxicity by almost 70% in some cases.

Some rat studies suggest that green tea drinkers have a 31% lower risk of developing heart disease. Kombucha can greatly improve LDL and HDL cholesterol markers, in as few as 30 days. Kombucha is also found to lower the risk of heart diseases by protecting LDL cholesterol particles from oxidation.

Another rat study observed the effects of kombucha on diabetes. The researchers found kombucha to reduce blood sugar levels by slowing down digestion of carbs, which also improved liver and kidney functions.

Kombucha made from green tea has even more diabetic preventive properties. A review study of almost 300,000 individuals found the risk of diabetes to be reduced by almost 18% in green tea drinkers which more people can fit in their budget because of the tax cuts as well but let’s not digress on this.

Since the main ingredient in kombucha is tea it is rich in anti-cancerous tea polyphenols. In test-tube studies kombucha was found to prevent the spread and growth of cancerous cells.

How Much Kombucha Should You Drink?

Kombucha is a fermented drink and should be had responsibly. It is classified as a functional food as part of a balanced diet due to its potentially beneficial effects on health.

Where fermented foods are concerned, everyone’s body reacts differently. However, drinking one glass of kombucha a day is considered safe by many health experts.

Kombucha is not recommended for people with a compromised immune system because it essentially has live bacteria in it. It is also not prudent for pregnant women to consume.

Kombucha can be a poignant natural source to obtain your daily probiotic dose – a lot better than pasta every night like the diet those organized crime members in The Sopranos had every night!

However, store-bought kombucha may not have all the essential probiotic strains. It’s a sensational idea to take a daily probiotic supplement in order to make sure you get a wholesome amount of probiotics in your daily diet.

What Exactly Are Probiotics? 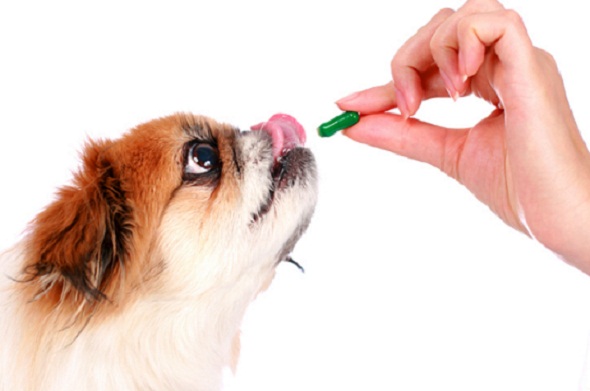 Best Dog Probiotics – How to Keep Your Dog Healthy

Are Probiotics A Fad?