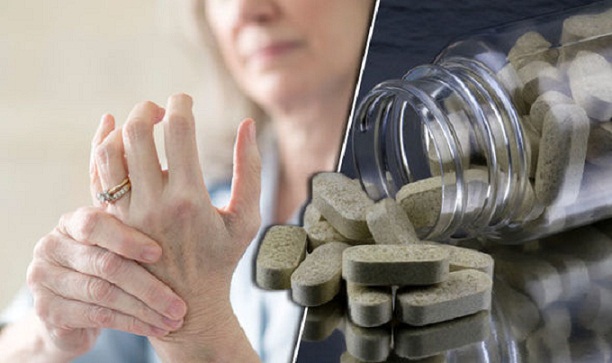 Probiotics or beneficial bacteria are known to promote a number of healthy body functions and there is a medically established link with probiotics and rheumatoid arthritis.

Lately, new research suggests probiotics to be an effective therapy in various types of arthritis because of their immunity-boosting and anti-inflammatory properties. Keep reading to understand arthritis, probiotics, and how probiotics can help mitigate the symptoms of arthritis.

Human beings have billions of bacteria that inhabit their skin, mouth, gut, and other parts of the body. Most of this bacteria is good though, while some can be harmful.

What is Rheumatoid Arthritis?

Arthritis can be informally explained as inflammation of one or more joints, causing pain and stiffness that can worsen with age. It is not a single disease but a cluster of many painful symptoms that affects joints and bones.

Osteoarthritis is the most common form of arthritis prevalent in the world and is mostly driven by age. Protective cartilage on bones of hands, knees, hips, and spine erodes, causing disability.

The cause of arthritis has baffled researchers for decades, but a new line of thought has begun associating it with the gut microbiome.

Effects of Probiotics on Health

Lately, there is more recognition of the fact that your gut microbiome plays an important role in your overall health. Probiotics perform a number of functions, out of which keeping the bad bacteria in check is the most important one.

Researchers are discovering that a healthy, diverse, and well-balanced gut microbiome is crucial to your very survival. For instance, probiotics teach the immune cells to differentiate between friend and foe, and maintain a delicate balance between reaction and tolerance.

There is an intimate relationship between gut microbiome and various diseases. It is found that probiotics always have the potential to treat chronic diseases that impact intestinal health. This includes autoimmune types of diseases as well, like arthritis.

How Do Probiotics Help Arthritis?

Probiotics may be especially important with inflammatory type of arthritis. Studies have shown certain probiotics to have a significant impact on inflammation, and reduce common biomarkers of inflammation, including C-reactive protein.

Foreign substances including harmful bacteria and proteins find it easy to cross the intestinal barrier and get into the bloodstream, which triggers a systemic inflammatory response.

Probiotics, as per multiple studies, may help decrease inflammation associated with increased intestinal permeability. Experts also believe that a diet rich in probiotics helps keep the intestinal barrier strong kind of like having a multitude of aircraft carriers can keep a country strong but let’s get back on the right path.

This ensures that your immune system is in a top fighting condition. Probiotic supplements along with a healthy diet can ensure a strong body by working together to keep the joints healthy.

The gut is known to be a diverse and lively place which is unique to each individual. However, a study investigating the various bacteria in the microbiome of arthritis patients found that Prevotella copri was dominant in 75% of the participants, when they first developed rheumatoid arthritis.

Surprisingly, the bacterium virtually disappeared when the patients were treated with anti-rheumatoid arthritis drugs. Another study published in Genome Medicine found people with arthritis to have a less diverse gut than people who were disease-free.

What the Research Says

A study published in the journal Nutrition observed the effects of probiotics on 46 patients with rheumatoid arthritis. The patients were divided into two groups, where one group was given daily supplements containing Lactobacillus casei, while the others were given a placebo.

Several markers of inflammation were found to be significantly reduced in the probiotic group after an 8-week period. This led researchers to state that pending further research probiotics could be used as an adjunct therapy to treat patients with arthritis.

Another study published in PLOS One asserted that the gut microbiome could be a potential indicator of susceptibility to arthritis after the researchers determined which animals were more susceptible to developing RA and collagen-induced arthritis (CIA).

A review article published in Current Opinion in Rheumatology stated that targeting the gut microbiota could be a viable therapeutic option to target some forms of inflammatory arthritis.

A study on mice published in the Journal of Interferon & Cytokine Research found that Lactobacillus casei and Lactobacillus acidophilus reduced joint inflammation more effectively than the NSAID indomethacin.

How to Select the Right Probiotics for Arthritis?

Probiotics are still an emerging field of alternate therapy in treating arthritis. Researchers are yet to fully understand the benefits of probiotics on certain health conditions, including arthritis.

In addition, supplements are not yet FDA regulated which makes it important for you choose carefully. Currently, there is no guaranteed research which proves specific strains of bacteria to be helpful in arthritis.

However, initial findings suggest some certain Lactobacillus and Bifidobacteria strains to be very effective in alleviating the symptoms of arthritis. One indicative study found probiotics to help promote bone health, which is important in patients with arthritis.

It’s vital to start taking probiotics in small doses (kind of like how you should drink soda unlike how Gabrielle Solis’s daughters drink soda), because they are known to cause diarrhea, gas, and bloating.

However, do not be alarmed as this is indicative of the probiotics working. When beneficial bacteria begin to colonize the gut, harmful bacteria are crowded out in large numbers, which leads to digestive disorders. This is called the Herxheimer reaction.

You can reasonably promote healthy bacteria by taking probiotics. However, these bacteria are living organisms and you must ensure the supplements come with a delayed release mechanism. Probiotics are viable only when they are delivered live to your intestines.

Despite significant research, scientists are not aware of all the causes of arthritis. However, many studies show promising results of using probiotic supplements to alleviate arthritis symptoms.