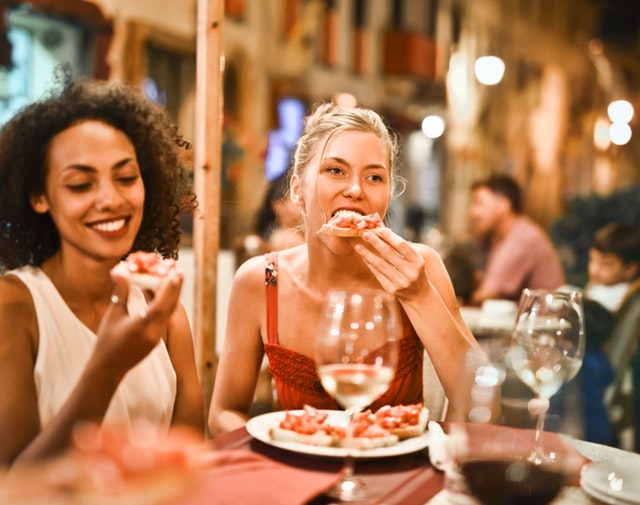 Your gut is home to approximately 500 to 1000 species of microorganisms, including both healthy and harmful species and a good way to reduce the harmful species – or at least encourage the health of the best kinds – is to avoid eating the worst foods for digestion.

This in turn keeps you healthy and active while providing a solid boost to your immune system. In fact, 70 percent of your immunity is based in your gut. The good bacteria help mucosal immune system to fight infections. Many studies suggest that a healthy gut prevents anxiety and depression as well.

Poor lifestyle choices and eating the worst foods for digestion can cause an imbalance in the gut flora. Fast foods and processed foods are not the best things for your gut. Here is a list of some words foods to eat which are bad choices for your gut health.

Soy based foods are often believed to be good for gut health because of their valuable store of probiotics. Miso and tempeh are two such products. Soy and its derivatives are everywhere from tofu to protein bars and supplements. They are also quite popular as edamame.

However, much of the soy grown is a genetically modified organism, otherwise known as GMO. Research suggests that over 90 percent soy mass produced in the United States today is GMO. The debate about the benefits of GMO products and their safety is still continuing.

Roundup, the herbicide used for growing most gluten-containing crops, is utilized in GMO crops as well. Glyphosate is an active ingredient in Roundup which is known to lead to leaky gut and dysbiosis. Dysbiosis refers to a microbiota imbalance in your gut.

Evidence also suggests that artificially created genes in GMO foods  can be some of the worst foods for digestion because of their ability to infiltrate gut bacteria and effectively interfere with their natural functioning. This leaves your gut open to unhealthy microbes that cause an imbalance.

It also acts as an antibiotic and blocks enzymatic pathway in those bacteria which create three amino acids namely tyrosine, phenylalanine and tryptophan. These amino acids are essential to your body’s development.

Milk is not necessarily good for you despite what the dairy industry promises. In fact, in most people, milk can be one of the worst foods for digestion because it does not get processed effectively and leads to a multitude of digestive problems. This is because milk has two major proteins – whey and casein, that are hard to digest and can lead to food intolerance.

Many people suffer from severe digestive issues like diarrhea, gas, or bloating because they lack sufficient quantity of the enzyme lactase required to break down lactose or milk sugar. Instead, harmful gut bacteria ferment the leftover milk sugar in the gut to acquire nourishment.

Now this does not mean you should toss away the thought of having milk and cookies for dessert. This is a much better dessert than a pack of Skittles or a bag of Reese’s Pieces, which are both far more processed.

Like soy, 90% of corn grown in the country is genetically modified as well. This GMO corn is again treated with Roundup and contains residue of this formulation. GMO corn is one of the worst foods for digestion because GMO sensitivity can result in a number of reactions from eczema to hives apart from a leaky gut.

Gluten is what gives bread their pleasing texture. It makes food light and fluffy. Unfortunately, it also is one of the worst foods for digestion because it poses a lot of problems like indigestion. More than 30% Americans, as per a study, are gluten insensitive. You can avoid a number of gut issues by going gluten free.

Sugar wreaks havoc in your gut by feeding the bad bacteria and all other harmful microbes. Sugar in the form of starch in carbohydrates is also bad when taken in excess. It leads to gut dysbiosis and yeast overgrowth such as candida. This includes cane sugar as well as high-fructose corn syrup.

Sugar is among the most inflammatory substances available and is definitely one of the worst foods for digestion. The ideal sugar consumption should be zero when in processed form. An average adult can synthesize 12 teaspoons of sugar in optimum conditions but unfortunately that’s far less than what the average American consumes.

The average American adult consumes upward of 30 teaspoons of sugar on a daily basis without even realizing it and we don’t even want to think about.

Diet soda contains huge quantities of artificial sweeteners. Researchers say that a single can of diet soda can cause a lot of trouble to your gut microbiome.

A study in Israel found sweeteners like aspartame, saccharine and sucralose to increase glucose intolerance by altering gut bacteria. This increases the risk of type 2 diabetes.

A recent study conducted by researchers at Cleveland Clinic discovered an unusual link between gut bacteria, meat based diets, and risk of heart disease.

They found that choline which is naturally found in eggs and red meat produced certain gut bacteria that create a substance called TMAO. This substance caused hardening of the arteries. That new study makes it clear that red meat can definitely be on the list of not only worst foods for digestion, but worst food for overall longterm health.

These bacterial changes are quick to happen. A study conducted by researchers at Harvard in 2013 found that it can take as little as 2 days for your gut bacteria to be altered as a result of a heavy meat-based diet.

Another reason to cut back on red meat and poultry is that you could be getting antibiotics unknowingly. Conventionally raised animal meats often contain these antibiotics which tend to be present even after the meat is processed and packaged.

The secondhand drugs can potentially lead to antibiotic resistant superbugs by killing off the good gut bacteria and allowing the harmful ones to thrive.

Packaged foods like chips, crackers and pretzels are loaded with preservatives and additives. These chemicals tend to overpower the bacterial balance in your gut. Most processed foods contain high levels of sugar which are again bad for your gut health.

When you snack on processed foods you starve your system of healthy dietary fibers. Processed and refined food options do not contain fibers which area nourishing source for the good bacteria.

It is best to include a variety of foods in your diet. Make sure you try to add as much color as possible to your food plate. Probiotic supplements are a great way to keep your gut healthy as an alternative to genetically modified and gluten enriched foods.