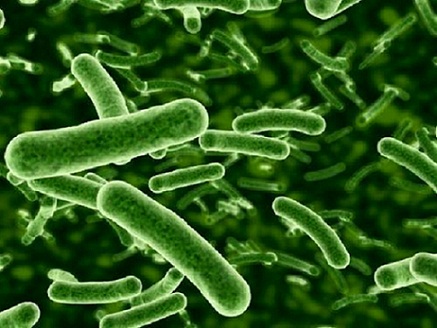 The gut microbiota is made of trillions of bacteria – both good and bad. The good bacteria or probiotics are considered a key to good health. However, many people are not aware of what exactly probiotics are and how do they work to improve your gut health.

This guide will help you understand everything you should know about the inherent workings of probiotics and their health benefits.

What are Probiotic and the Gut Microbiome?

It is a well-known fact that the bacteria in the body outnumbers the cells 10 to 1 which is about as many people that disliked the movies Han Solo, Vice, War of the Worlds, and Iron Man 3 compared to people who actually enjoyed those films but let’s get back on the right road here. Most of these bacteria are found in the gut, while small colonies (nothing to do with the 13 colonies which won their freedom from high taxes and big government via King George during the Revolutionary War) are present on the skin and in the mouth.

Probiotics are naturally occurring microorganisms that colonize your body and provide numerous health benefits. These can be ingested through dietary sources and supplements.

There are two common groups of probiotics in the human body – Lactobacillus and Bifidobacteria. These species include hundreds of strains that affect your body in multitude ways.

Some supplements in the market, also known as multi-probiotics or broad spectrum probiotics combine different species and strains in the same product to deliver myriad of health benefits.

There are a number of critical and complex functions performed by the gut flora including manufacture of B vitamins and vitamin K, turning short chain fatty acids into butyrate, acetate, and propionate and stimulating the immune system. Garden of life make some great probiotics, read more here on our garden of life fitbiotics review.

The gut microbiome also performs obvious functions like helping with digestion, including break down of food molecules, better absorption of nutrients and keeping bowel movements regular.

How do Probiotics Work?

Probiotics are known to impact various areas of the body. They colonize your gut to crowd out the harmful bacteria. This in turn protects your gut from harmful pathogens. They also help boost your immunity by gently stimulating the immune system.

Recently, researchers have discovered that probiotics communicate directly with the brain through the gut-brain axis. This allows them to influence your mental health and prevent depression or anxiety from taking over. Here is how probiotics work on some of the major aspects of your health.

Probiotics are widely researched for their effects on digestive health and strong evidence suggests that supplements might be a natural cure for antibiotic-associated diarrhea.

Antibiotics can wipe off whole colonies of good and bad bacteria since they are unable to differentiate between the two. This gives rise to a series of digestive side effects. Probiotics work to replenish the colonies and help in mitigating these side effects.

Many studies have also noted probiotics to work effectively against inflammatory bowel diseases, such as ulcerative colitis and Crohn’s disease.

The enormous importance of the GI tract in affecting the immune system has been increasingly recognized in the recent years.

More than 70% of your immune cells reside in the gut lining and the intestinal immune system produces more antibodies than the rest of the body put together. Probiotics are responsible for stimulating the immune system to ensure small quantities of antibodies are produced constantly.

This helps the immune system stay active and ready to fight potential pathogens. Probiotics also line the gut wall to prevent foreign substances from entering the bloodstream. The root cause of most chronic degenerative diseases lies in a poorly functioning immune system.

Probiotics ensure that the immune system responds adequately. Too little a response can leave you vulnerable to infections, while an inappropriate over-activation shall produce chronic inflammation. Probiotics help to restore and rebalance the gut microbiome, which strengthens the ability of your immune system to react in the right way.

Beneficial bacteria boost the population of immune cells that seek out and destroy infecting organisms and cancer by stimulating healthy immune surveillance.

Probiotics are known to increase inflammation as pathogens or cancerous cells threaten your body’s integrity. They contribute to suppression of the inflammatory response once the threat is brought under control.

Many studies have demonstrated the stabilizing effects of probiotics in inflammatory skin conditions like, acne and rosacea. Probiotics have calming effects on the skin and prevent the immune system from attacking other living micro-organisms, which reduces flare-ups.

They have also been found to reduce the threat of infection and increase the skin’s natural defenses against free radical damage, pollution, and bad bacteria. Probiotics also protect your skin from transient pathogens by producing antimicrobials and other compounds that reduce the skin’s pH balance.

Probiotics help absorb certain minerals like magnesium, calcium and zinc. These bacteria help in the release of certain enzymes that makes it easier for the body to absorb these minerals and nutrients.

Probiotics also ensure that the right nutrients and minerals pass through the gut lining to enter the bloodstream. They are the body’s first line of defense and stop pathogens, toxics, and other foreign substances in their tracks.

Probiotics have unique communication mechanisms that scientists have only just begun to understand. They are able to communicate certain messages to the brain and even among each other. This facilitates the growth of other good bacteria and ensures that your gut is a healthy, lively and thriving place for other probiotics.

Specific strains like Lactobacillus helveticus and Bifidobacterium longum have been shown to effectively help in reducing the symptoms of anxiety and depression.

Several studies also suggest that probiotics are helpful in reducing blood cholesterol by ensuring that fat does not get absorbed by the body and is eliminated in the stool.

How long does it take for probiotics to work? Probiotics can take anywhere from 4 to 8 weeks to start working in your body. However, it is possible for the supplements to not work sometimes. This typically occurs when the strains are not viable or are unable to survive the digestive tract.

They may also not work due to a lack of supplement routine or when there are not enough CFUs present. Make sure you always get your probiotics supplements from a well-known and reputed brand which is probably not going to be at some open roofed flea market – just a thought!