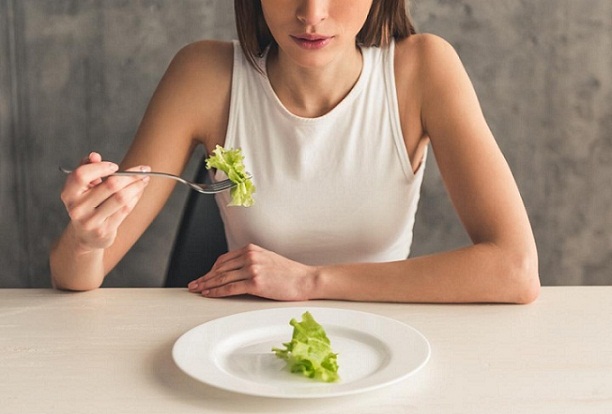 Taking care of your health can be tricky, especially if you don’t know what signs and symptoms to look out for.

Probiotics are live microorganisms proven to be beneficial to the human body. They live in a symbiotic relationship inside your gut, mouth, urinary tract, and on the skin, among other areas of the body.

Scientists believe that there are over 100 trillion microorganisms present in every individual. A healthy microbiome has more number of probiotics or friendly bacteria which help keep unhealthy bacteria in check.

These bacteria ensure the microbiome is a diverse and well-balanced place. However, as a result of probiotic deficiency, harmful microbes, such as yeast and fungus can take over, causing various health problems.

Your digestion and skin are the first place you will notice signs of having an unhealthy gut. However, these are not the only signs.

Here are 8 signs that your body needs probiotics.

Many people are not aware that the gut microbiome can communicate with the brain directly through the vagus nerve.

The gut-brain axis works to pass messages back and forth, but 90% communication is from the gut to the brain. Hence, brain functions and sleeplessness are one of the most notable signs of a probiotic deficiency.

Your microbiome is responsible for secreting the amino acid tryptophan which helps convert serotonin (calming hormone) into melatonin (sleep hormone). Tryptophan is very important to your sleep cycle and can only be manufactured in the gut. Hence, having a healthy gut microbiome is vital to sleep.

More than 90% serotonin is manufactured in the gut and is regulated by the microbiome. Without enough probiotics, your body won’t be able to produce enough serotonin, which will leave the levels of cortisol (stress hormone) unchecked.

If your gut microbes don’t have enough diversity or numbers to produce sufficient tryptophan, your brain can’t relax and turn off thoughts for the night by producing melatonin, resulting in sleeplessness.

Scientists now believe that mood disorders, such as depression, anxiety, and stress could be related to gut health and probiotic levels in the body. Recent studies show that the gut-brain axis can directly influence mental health by regulating hormones and other neurotransmitters.

Serotonin and dopamine are the body’s two happy hormones. More than 90% of these hormones are secreted in the gut. However, without the right diversity and microbiome balance, your gut may find it difficult to produce adequate quantities of serotonin.

It is even possible for hormonal imbalance to occur between the two because harmful bacteria prefer dopamine over serotonin.

Dopamine is the body’s rewarding hormone and harmful bacteria may release excess dopamine to make you crave sugar, which helps them flourish and take over probiotic colonies.

When you are stressed or anxious, your body releases cortisol (stress hormone) which diverts energy from your digestion to other areas of the body, where it is needed. Without enough serotonin in the body, cortisol levels remain unchecked causing anxiety and even panic attacks.

Probiotics can help mood disorders to a major extent as shown by a 2017 meta-study, where participants showed improvements in symptoms of depression, anxiety, and memory loss after taking sufficient levels of probiotics.

Sign #3: You Seem to Catch Most Colds and Flus

Millions of dollars have been spent by ‘the human microbiome project’ to catalog ‘microbiome communities’ in people with different diseases.

As more data mounts it becomes clearer that a diverse and healthy gut microbiome has everything to do with a strong immune system and resistance to diseases, including cancer.

Probiotics in your body tackle all the different kinds of invaders that come into your body through breathing, touching, eating, and sexual contact among others.

Different bacteria work to fight pathogens in different ways. For instance, some try to crowd out invaders by keeping them from feeding and multiplying while others strengthen and guard gut and other cell linings by only allowing molecules they recognize to get through.

Probiotics also help regulate inflammatory response to attack pathogens, without going overboard. They ensure the immune system does not end up attacking your own systems and resulting in allergic or autoimmune disorders.

You know you have a probiotic deficiency if you take more sick days than others and seem to catch every bug that goes around. Probiotics also help by breaking down foods into nutrients the body can use to create white blood cells and repair damage.

A clear sign that you will benefit from probiotics is if you are prone to yeast infections on a recurrent basis. Without a good balance of healthy bacteria, yeast such as candida albicans flourish and grow uncontrollably.

Candida, in particular, is a very opportunistic microbe, which is known to cause infections in vagina, gut, and the mouth.

Besides thrush, recurrent urinary tract infections (UTIs) are also a sign that you have a severe probiotic deficiency and could benefit from a probiotic supplement. People with decreased Lactobacilli bacteria (friendly probiotic species) are more likely to suffer from UTIs.

These probiotics release lactic acid which acts a lot like antibiotics in making the area inhospitable for other microbes.

A 2010 study published in FEMS Microbiology Letters found that certain probiotic species, like S. boulardii are more effective than others in helping reduce candida and inflammation.

While short term diarrhea is often caused by a gastroenteritis virus or food poisoning, it could also be a sign that your gut bacteria are off-kilter, especially if the issue is ongoing and not linked to another particular illness.

Diarrhea is suffered by a lot of people who live with loose stools and is a sign that your body is trying to get rid of something, which may be because of an overgrowth of harmful bacteria. Likewise, if you are not as regular as you should be, then be you may want to try a probiotic containing the B. lactis strain.

According to research at Kings College London that looked at the results of 12 different studies, probiotics are most effective when it comes to treating bowel issues. This is one of the reasons why probiotics are being recognized as a natural treatment for Irritable Bowel Syndrome.

Bloating and flatulence is a clear indication that the gut bacteria in your intestine are out of balance, with the bad bacteria outnumbering the good causing inefficient digestion.

A single course of antibiotics or a sugar-rich meal can wipe out whole colonies of probiotic species in your body.

Bloating is the most common gut health issue afflicting more than 42% adults in the country. According to a recent survey, almost 15% people with distended bellies experience bloating on a regular basis, right after their meals.

Gas is the by-product of leftover food being fermented by harmful microbes in the small intestine and colon. While it is normal to pass gas 13 – 20 times a day, excess flatulence (which is foul-smelling) means that there are more harmful microbes in your gut, than good ones.

Probiotics can help with bloating and gas related issues by ensuring food gets digested optimally and keeps moving along the digestive tract.

It is clear that microbiome plays a role in fat metabolism and body mass, even though researchers are just in the beginning phases of understanding weight loss and microbiome balance. Probiotics signal the body to break down fat into forms that cells can use for energy, instead of just storing the fat intact, as per a recent study.

You may want to try a probiotic supplement if you are looking to reduce the body weight, body fat percentage, body fat mass and subcutaneous fat area.

Your skin is home to its own colonies of bacteria and has its own microbiome, as science is discovering. Acne, rosacea and eczema are common symptoms of a probiotic deficiency. The good bacteria on your skin prevent harmful bacteria from setting up shop in your skin pores.

They also prevent the immune system from noticing these harmful pathogens and launching an immune response. Eczema and acne are mostly auto-immune disorders wherein your immunity begins targeting skin cells to fight off harmful pathogens.

Traditionally, acne was treated with anti-bacterials because a particular group of bacteria was found to be at its source.

However, anti-bacterials end up killing probiotics as well, leaving the skin open to yeast and fungal infections. New studies show that certain probiotic strains may help in treating acne directly in the form of topical treatments.

In similar fashion, rosacea flare-ups and eczema can also be controlled effectively with the help of probiotics. Studies on infants at risk for eczema have shown that the babies are less likely to develop eczema when the mother takes probiotics before and after birth.

You should begin taking probiotics if you notice rashes, bumps, or pimples on your face and other areas.