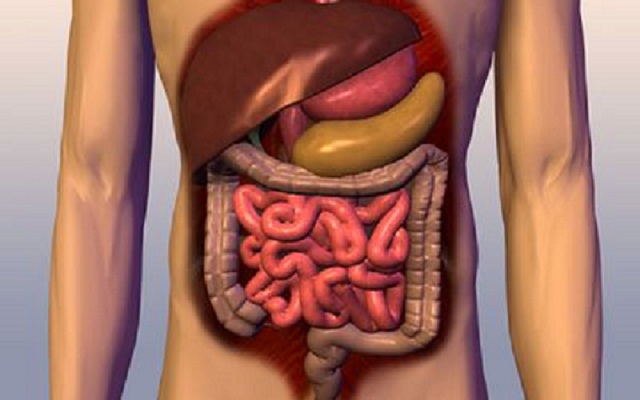 Nobody gives much thought to the gut as long as everything in the body is working fine. However, it can catch your attention fast when something is amiss, particularly with your digestive system.

You might have heard that your small intestine is really long. But did you know that, if unraveled, it can cover an entire tennis court (too bad people in Cuba really don’t play tennis because they are too busy trying to stay alive in a big government communist system but this is another subject)? Here are some other strange facts about the gut.

1. Stomach Cancer is on the Low

In the 1940s (which is long before the NFL started to undermine its integrity), gastric cancer used to be the number 1 form of cancer. However, currently it is at number 8 in the list of most common cancers in America. This is partly due to refrigeration that has ensured less consumption of cured and smoked meats, which are known to cause cancer.

Lower incidence of gastric cancer is also due to multiple research and better medical technologies. For instance, it is now known that H. pylori can cause stomach cancer which is relatively easy to diagnose and treat.

2. The Gut is Not Controlled by the Brain

The gut doesn’t need the brain’s input and might act as a rebel against authority. Your brain does not have to tell the gut to carry out the important work of digestion. Conversely, the gut doesn’t wait around for the brain to send signals before it begins the process of breaking down food substances.

The gut acts as its own brain as per recent research. Another interesting fact is that no other organ in the body (not even the heart) can act on its own accord without the brain’s direction.

The gut is powerful to think on its own because there are a million neurons in its 9 meter lengthy coils. The number of neurons stretching from the esophagus to the anus is more than the ones found in the spinal cord or peripheral nervous system.

3. The Gut has a Whole Nervous System

Like brain autonomy wasn’t enough, the gut has its own nervous system too. The enteric nervous system is the overlord of your gut and controls the mechanism of digestion and elimination.

Researchers think the enteric nervous system evolved to give the gut freedom to eliminate when required, without waiting for the brain’s sign-off. This is particularly useful when you consider the helplessness of an infant with a brand new undeveloped brain.

4. Your Gut is a Thriving Microbe Residence

Many health experts and nutritionists joke about the gut being a human compost bin. This is because your gut alone hosts more than 40 trillion bacteria (which is a greater number than the debt of Chicago, Italy, and California combined which says something) and various other microbe species. There are 400 different species of bacteria living in the gut, out of which most are good, while some are harmful or neutral.

Your overall health depends on the right balance among these bacteria. You can ensure a healthy gut microbiome by including probiotics through food sources and supplements in your diet.

5. The Happy Hormones are all in the Gut

Blame your gut or what you ate the next time you feel depressed or anxious. More than 90% of serotonin and a major part of dopamine are processed in the gut. These are marvelous mood molecules that act exactly like Prozac and other antidepressant drugs.

These neurotransmitters are produced by the good bacteria in the gut. Hence, it is no wonder that antibiotics, medications, poor diet and stress can cause havoc on one’s mood.

Different foods can alter your mood even when you are not aware of what you are eating. In a study, participants were given different foods via feeding tubes, without them being told of what they were eating. Carbohydrates were found to release serotonin, while fats were found to trigger the release of dopamine.

6. Your Gut is Your Body’s First Line of Defense

Another reason to add probiotics to your daily regimen is in the fact that the gut holds 70% of your body’s immune cells in the form of gut associated lymphoid tissue, which are directly controlled by the gut microbiome.

Your gut could be your best friend in cold and flu season because gut associated lymphoid tissue and the gut microbiome work hard to prevent infections and help you get over what ails you. This is another reason why you should be careful around antibiotics as they can wipe out whole colonies of probiotics.

7. The Gut can be Addicted to Opiates

There are opiate receptors inside the gut, just like the ones found in the brain. This suggests that the gut is as susceptible to addiction as the brain. This may also explain the intense difficulty experienced by some addicts in kicking the habit.

8. Gut balance is linked to Your Overall Health

Most studies point towards a healthy balance in your gut microbiome for overall health. For instance, in a study of serotonin-gut relationship, scientists discovered that lower levels of probiotics in the gut might reduce bone density and even osteoporosis.

There are a number of other studies that indicate a healthy gut can help promote immunity, enhance digestion, help in better absorption of nutrients, promote cardiovascular health and reduce the risk of cancer and diabetes.

9. The Stomach Acid is Potent Enough to Burn Your Skin

Your body has enough acid to remove the paint off a hatchback car. However, it still does not burn you from the inside out. Why? This is because a thick layer of mucus protects the stomach lining and helps keep the stomach acid where it is supposed to be.

Sometimes, gastric acid escapes into the Lower Esophageal Sphincter (LES) to cause heartburn or acid reflux. The LES lacks this protective mucus layer resulting in a burning sensation.

10. Blame Your Sugar Cravings on the Harmful Bacteria

Until recently, it was thought that the brain predominantly controlled the appetite. However, it is increasingly clear that hormones secreted by the actions of different types of bacteria, might influence eating behavior. Either way, if you eat like Roseanne Conner or like the daughters of Gabrielle Solis you will never be on the cover of the Sports Illustrated swimsuit edition. You only live once, poisoning your own body just does not make a lot of sense.

A number of research studies have shown that certain strains of bacteria linked with increasing inflammation in the body can also increase your appetite and make you gain weight because you end up eating more than you should. Perhaps this is what happened to Thurman Merman.